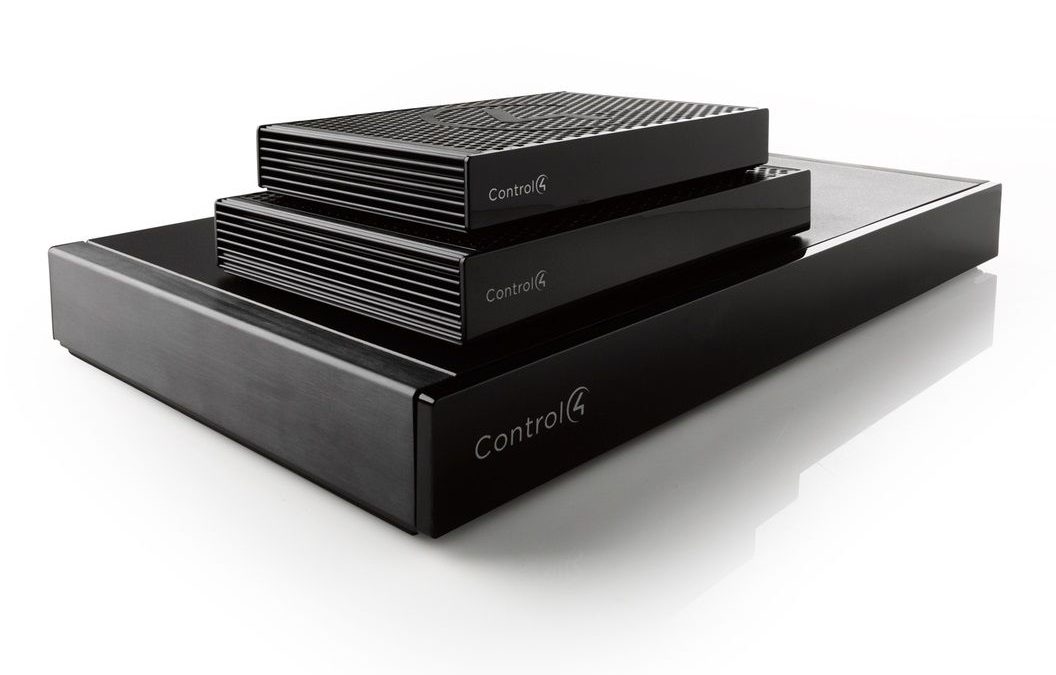 Control4 (Nasdaq: CTRL) has spent the last few years focusing on its core business of providing reliable ZigBee- and Wi-Fi-enabled home automation and multiroom A/V systems for the mid-market via professional integrators. The company shies away from headline-making bells and whistles, and so far has dismissed the DIY IoT market.

Today’s big announcement of three new EA Series home controllers stays the course, from the entry level ($600 MSRP) and up ($2,000). Speed and reliability is the mantra, says CEO Martin Plaehn, who wants the company to be known as an infrastructure provider rather than a device manufacturer.

Everyone seems to like the strategy – dealers and consumers at least – but not so much the stockholders, who seem to be getting bored with the slow and steady growth of the company.

On my recent visit to Control4 headquarters in Salt Lake City, Plaehn held up a very thick report from one analyst that he told me was packed with positive reviews from dealers.

“Investors are scratching their heads,” Plaehn says. “All they hear is goodness” (which is what the author hears as well.)

So you can imagine that CTRL stock probably won’t skyrocket on the news that three new controllers now have integrated power supplies, even though you can barely contain Kordon Vaughn, senior director of controllers, when he gushes, “This is a really critical component of the system!”

Previous controllers relied on external power supplies, Vaughn explains: “The problem with off-the-shelf power supplies is that vendors can make a change and you may never know. Now we can specify high-quality power supplies. … It needs to be something you don’t leave to chance.”

While a power supply may seem a little trivial in the scheme of things, it really is emblematic of Control4’s commitment to quality.

These days, the controllers “just don’t break,” says Paul Williams, VP of solutions for Control4. “It’s not like a phone where you replace it every couple years. You’re not going to do a wholesale upgrade of your home automation system every couple of years. So we spent a lot of time making sure the products are reliable.”

High-Resolution Audio for All

There are indeed some swell new features of the new EA Series controllers. I wouldn’t call them bells and whistles exactly, but they do make the products relevant and powerful.

Perhaps the most exciting thing is that all three new controllers, the EA-1, EA-3 and EA-5 (specs on next page), offer high-resolution audio (HRA) as standard.

The emphasis is on entertainment this go-around, as Control4 installations in the U.S. are mostly driven by entertainment, according to Williams.

“Customers looking into a media-room experience or a home-theater experience are lured into home automation,” he says. “So we made sure to allow for those things to be enhanced” with the new models.

Vaughn says that making HRA standard in Control4 controllers eliminates a potential “failure point” in a multiroom audio ecosystem. It also ensures that “High-Res Audio is synonymous with Control4.”

That goes for the one-room EA-1 as well as the three- and five-zone EA-3 and EA-5, respectively.

Vaughn says Control4 focused heavily on the signal-to-noise ratio for its new 24-bit audio platform to make sure “there really isn’t a need to go out and buy a separate box.”

A funny thing happened on the way to a low-noise circuit for high-res audio: Control4 begin seeing better performance from its ZigBee radio as well, according to Vaughn.

Even so, Control4 added external Wi-Fi and ZigBee radio antennas to all of its new controllers.

“This allows for much more intelligent placement of the controller to ensure good connectivity away from interference when needed,” says Joe Whitaker, a long-time Control4 dealer and contributor to CE Pro.

On top of wireless improvements, Control4’s new controllers are more powerful than their predecessors. The EA-3, for example, is five times faster than the nearly-comparable HC250, according to the company.

A platform switch from Flash to Android is responsible for much of that speediness, just as when the move to Android made Control4’s new touchscreens “blazingly fast.”

The TV on-screen display (OSD) renders lickity-split with the new Android controllers, according to Control4 and its beta testers.

Here is an excerpt from Whitaker’s short list of exciting things about the new Control4 hardware:

Ethernet Switches and Other I/Os

When controllers are located near a TV, rather than a central rack, the space can get a little tight, especially considering the other little black boxes that may share the shelf. Control4 helps with built-in Ethernet switches on its PoE-powered EA-3 (one extra gigabit port) and EA-5 (four extra ports, all gigabit).

“The addition of an extra Ethernet port on the E3, and four ports on the E5, is a bigger deal than it may seem,” Whitaker says. “It’s similar to what Sonos has done on the Connect and Connect Amp, and what Sony has done with select receivers. These extra ports allow for bonus connectivity in TV locations, where you might normally use an extra switch.”

Each controller boasts a bank of I/O including ports that can be used for IR or RS-232 control. Here, Control4 did another really nice thing for integrators. Some TVs, especially LG and Samsung, have 3.5-inch jacks for serial communications, but they reverse the wires from what is “normal.” In the past, Control4 dealers had to create their own crossover cables in the field by splicing, crossing and reattaching them.

Control4 now allows dealers to make “virtual crossover” cables through software. Simply check the box that indicates “crossover” and Control4 does the rest.

“We could have made physical crossover cables for dealers,” Vaughn notes, “but then they’d have to carry them around.”

There you go – another thing that won’t move CTRL stock, but makes dealers super-happy.

For example, Control4’s new ShairBridge service — embedded AirPlay with Control4 special sauce — is available on all EA controllers. When it debuted at CEDIA 2015 last October, it worked only with the top-of-the-line HC800 controller.

Control4 demonstrated the feature at CEDIA, where TIDAL HRA music service was streaming via the HC800 to headset stations in the booth. Dealers could access tunes from the company’s new grid-style interface, with album covers shown in full HD glory – all part of the OS 2.8 upgrade.

Control4 has been slowly overhauling its historically bland UIs and is scrapping the old “circle of power” home-page look for a horizontal UI.

More fundamentally, Control4 is working to expose more useful data where consumers want to see it. The music/video interface was the first example of that effort. Now with 2.81, Control4 allows shortcuts to such services as Netflix, allowing one-click access from a touchscreen or mobile device.

“You don’t have to go to Roku first and drill down,” says Brad Hintze director of product marketing for Control4.

And some icing on the software cake: Apple Watch compatibility.

EA Series Pricing, Availability and the Business of Control4

Control4 is releasing all new products today, the day of the announcement. The company is holding several launch parties around the country and live-streaming the event.

“We want to get everyone using the controllers right away, no waiting period,” Vaughn says.

The new entry-level EA-1 retails for $600, including the controller and an SR-260 remote.

“Thank you for including the remote with the base-level controller again,” Whitaker says. “This makes ordering and explaining the system so much easier.”

The mid-level EA-3 retails for $1,000, which is $250 more than the existing HC-250 model. For that, you get an extra audio zone (three instead of two), two extra IR ports (six instead of four), five times the processing power, a gigabit Ethernet switch, high-res audio, an Android-based OSD, and a wall-mount bracket.

Hintze boasts that all of the new controllers are high-performance machines.

“If a dealer only sells into a low price point, they still take advantage of everything we offer,” he says.

CEO Plaehn emphasizes the point: “We’re not running a tiered ecosystem. What’s really important is that dealers run a single platform. … Even if you put in our entry-level product, you can scale.”

Investors clamoring for a DIY-type solution won’t get it from Control4, at least not this year. 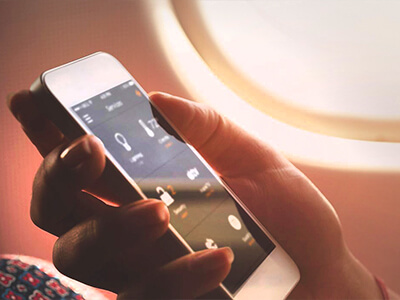